Record of Lodoss War (1998) – I liked, but didn’t love, the original Lodoss War OVA, and this is pretty much a step down from that series all around. It’s sort of a sequel, sort of an expansion/continuation, and is about twice as long. The visuals aren’t terrible, but they use a lot more static images than I like to see, and the story felt dragged out a bit, with several points where the conflict only continued because the characters just didn’t choose an obvious solution. The biggest example of which was the young woman in the party who was a key component of the villain’s big dark magic scheme to resurrect the god of death and become the Necromancer King. The characters explain that her virginity is required for the spell to work, which suggests a certain, simple solution. But no, they have to spend ten more episodes fighting their way to his secret lair instead. One thing I will say, however, is that it had a superb opening, with fantastic shots of 90s-style characters, their hair fluttering dramatically in the wind, set to a beautiful song by Maaya Sakamoto. 6/10

Gintama Ep.278-299 – I watched fewer than my usual 25 episodes this week, because a longish serious arc was about to start, and I figured I’d just watch it all together next week. This batch had the first serious arc I really didn’t care for, as the Shinigami arc just didn’t make much sense, and introduced some weird characters I don’t think the story needed. Other than that, all the comedy arcs were still good. I especially enjoyed seeing Gintoki and Hijikata switch bodies, and Kagura fake her death. The comedy arcs are what this show does the best to my mind, so I’m a little concerned about how much of the remaining story looks to be on the serious side.

Good Luck Girl – Considering the way this shounen comedy about an extremely fortunate girl hounded by a poverty god is 25% boob jokes by volume, I should have hated it. Somehow, though, it always managed to stay just to the right side of the line between good fun and unfunny clichés. I liked how our main character blessed with every kind of good fortune, from plenty of money to a killer body, started the story as a selfish and callous person, because that is exactly what privilege does to a person. It was satisfying to watch her slowly come to realize that she enjoys how it feels to take an interest in other people and be a genuine friend to them. This is a comedy through and through, however, so it’s never particularly heavy handed, even when it gets serious from time to time. I also really enjoyed all of the references it had to other manga and anime, at one point riffing on Aim for the Ace and One Piece in the same bit, which was impressive. 7/10

Penguin Highway – I didn’t realize until after I finished watching this that it was based on a novel by the same author that wrote The Eccentric Family and The Tatami Galaxy, and that explained some things for me. The plot is a little difficult to summarize without spoiling some of the fun surprises, but like the other two stories I mentioned, it’s about a young man, or a boy in this case, navigating a series of fantastical events while unravelling a mystery of some sort, and finding out that the world around him was not quite what he thought it was. Our young hero was so full of himself and high on his own supply that if he weren’t an adorable fourth-grader he would have been insufferable. Luckily, though, he always struck me as amusingly mistaken, and I enjoyed watching the events unfold through his point of view. The visuals were fantastic, save for a couple awkward bits of CGI liquid animation, and the character designs really charmed me. 8/10

Gintama Ep.253-277 – I give up on going by the MAL listings for this, and I’m just gonna go by the episode numbers listed on Crunchyroll. Another batch of short comedy arcs and one slightly longer serious arc, with a couple standouts for me. The Kintoki arc cracked me up, because of course Yuichi Nakamura would be the voice of Gintoki’s blond, cocky doppelganger. I was amused that even in a serious arc, where he asserts his power and acts like a serious head of state, the shogun is still the target of Looney Tunes-style abuse. The reunion arc had some very funny moments, and the beam sword episodes were both funny and sad. Finally, the genderbend arc was kind of amazing, as everyone managed to be 100% hotter in their other gender, including Hijikata, despite how obnoxiously the show leaned into the fat jokes.

Vinland Saga S1 – Given that I love anime like Kingdom and LoGH, and play games like Civilization and Crusader Kings, by all rights I should have watched this already, but the fans were so insufferably aggressive about this show back when it was airing, that I didn’t want to watch it until now. And it’s a shame, too, because it was absolutely my kind of party. I did, admittedly, find Thorfinn a challenging protagonist to root for, as I can understand how he got that way and that this is only the beginning of his character arc, but still not enjoy watching a kid make the wrong decision at every point. Other than mister angry teen, however, there was a full cast of interesting characters with complex personalities that prevented easy sorting into villain or hero boxes all locked in a complicated struggle for power. Although the sequel season is currently airing, I think I’m gonna wait and marathon it later. 8/10

Obey Me! S2 – This is a series of five-minute shorts, so there isn’t a whole lot to comment on. If you liked the first season, you’ll like this one, as it delivers around the same amount of solid jokes and amusing nonsense. There are worse ways to spend an hour than watching these idiot demon brothers goof around. 7/10

Gintama’ Ep.26-51 – If you’re going by Crunchyroll’s episode numbers, this is 227 through 252, I believe. These were pretty much all two-episode comedy arcs, with one or two slightly longer comedy arcs, and one longer serious arc. I got a good chuckle out of the dating sim episodes, the host club arc gave me some peak Sougo moments, the shogun abuse in the vacation arc is still funny for some reason, and the scandal arc was delightfully trashy. The Star Wars/Gundam parody Renho arc laid me tf out when I ever heard the voices of Char and Amuro come out of those characters’ mouths. Meanwhile, the serious Thorny arc was supposed to be about Hijikata, but, again, I got another hit of that sweet, sweet Sougo swagger. He is the show’s best boy, and it’s not even close. 8/10

Chio’s School Road – This was a rather frustrating watch. 90% of it is genuinely funny, clever little skits involving the ridiculous people Chio and her best friend run into on their walk to school in the morning. The other 10%, however, is a mix of uncomfortable lingering camera shots of the girls in their underwear, a predatory lesbian, and a tendency to treat nonconsensual groping as harmless mischief. If it just reined in the sleazy nonsense, it could have been a completely solid comedy about two friends with a hilariously relatable dynamic. 7/10

Way of the Househusband S2 – It’s interesting to watch this series now after watching the currently-airing Play It Cool, Guys by the same director, because they do share some similarities in style. This is obviously a little more straightforward about being a comedy, as there’s nothing particularly chill about any of these domesticated ex-gangsters, but both series make a lot of use of manga-style sound effects and asides written on-screen alongside rather minimal animation. I enjoy both shows, so I guess it’s a perfectly valid artistic decision, despite how controversial it is. 7/10

Gintama’ Ep.1-25 – If you’re counting the way Crunchyroll lists the episodes, these were episodes 202-226. This group of episodes was mostly one-off comedic episodes, with the exception of two short comedy arcs – the very funny Time Skip arc, where Shinpachi is the only one unchanged after the show’s hiatus, and the moderately funny Glasses arc, where Sarutobi loses her glasses and gets into trouble with the assassins – and the 5-episode-long serious arc Kabukicho Four Devas. I really enjoyed this arc, where Gintoki and the odd-jobs crew take part in a yakuza-style gang war for the fate of Kabukicho. It had a number of compelling characters with interesting motivations, and a couple really satisfying scenes that gave more depth to Gintoki’s connection to Otose.

Chimimo – I asked for people’s picks for underwatched gems from 2022, and this was one of them, so I decided to give it a go. I initially passed it up because the visuals looked pretty low-effort, but once I got past the puppet show animation, this was a completely charming comedy about life’s many annoyances. The three sisters were highly entertaining, from the smiling onee-san with the fiery temper, to the mercenary art student who loves to drink, to the adorable imouto who is always posting on Instagram, and their interactions with their devil freeloader and his minions were equal parts heartwarming and hilarious. 7/10

Gintama Ep.151-201 – It is kind of satisfying that this ended up being my 800th completed anime on MAL, as it just feels neat to have a cornerstone anime like this for a milestone number. I didn’t care too much for the Otsu-san arc, as she’s one of my least favorite characters, but the Red Spider arc and the Popularity Poll arc might be two of my favorite arcs so far. Red Spider had me transferring my Gintoki ship loyalty from Hijikata to Tsukuyo, and the Popularity Poll had some top-notch fourth-wall-breaking comedy. Looking forward to continuing through the sequel seasons, but will be a little sad to leave the 4:3 aspect ratio behind. 8/10

This Boy Caught A Merman – When I realized I was coming up on number 800, naturally I had to find a BL I hadn’t watched yet to take the 801 slot, and this fit the bill. Like the rest of the This Boy series, this is a short 30-minute anime with a distinctive art style and minimal animation. The story is simple and fits the timeslot well, as it follows a lonely boy grieving his grandfather’s death and meeting a merman who becomes his companion. Nothing award-winning, but a pleasant enough way to spend a half hour. 6/10

My Stepmom’s Daughter Is My Ex – I’d seen multiple people talking about this as one of their favorite romance anime from 2022, and thought I should give it a try. Had I been watching this during the summer season when it aired, I doubt I would have made it past episode 2, as it packed in an amazing number of elements I absolutely cannot stand. All the girls have giant bouncy tits and skinny little legs, the one girl who doesn’t have giant tits is introduced by having her molest the female lead’s chest and express her jealousy of her chest size, one of the characters steals the other’s underwear and smells it, and other annoying male demo light novel bullshit. On top of all this, the romance between the main characters was dragged out by interruptions and miscommunications, which was frustrating to watch, and their banter sounded like it was ripped from a light novel, and not how people actually talk to each other in reality or in TV shows. Just absolutely not for me in any way. 5/10 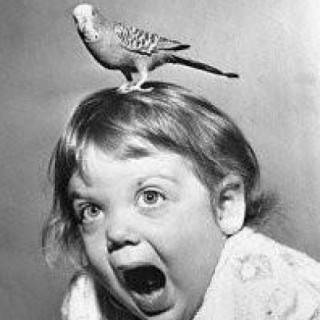